Our land has a rich history and this is how it all began... 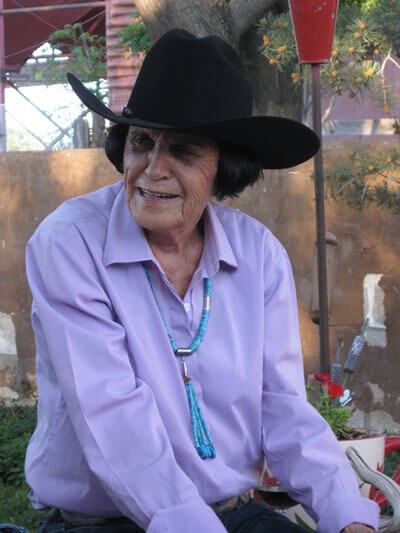 Walter La Fayette Fite moved from Texas to the Territory of New Mexico in 1887. He and his wife Edna started the Fite Ranch with a small 640 acre homestead at the base of the small extinct volcano Sand Mountain. After the Taylor Grazing Act of 1934, the era of open range ended, establishing the initial boundaries of the ranch.

In 1937, Walter and Edna’s son Dean, married Evelyn Galenzovsky…who then became the unforgettable Evelyn Fite. The two moved to the original homestead, and over time as other homesteads sold and the coal mines of Tokay and Carthage were mined out, the two expanded the ranch boundaries and established vital base waters for livestock and wildlife.

The White Sands Proving Grounds was established in 1942 taking part of the ranch. The first atomic bomb was then tested on July 16, 1945 at Trinity Site within view of the original homestead. Despite numerous challenges including drought and politics, Evelyn and Dean continued their hard work and improvements to the land they called home.

After living on the ranch for 64 years, Evelyn sold the ranch to the Dewey & Linda Brown in 2002. The original base waters have since been converted to solar power providing essential water to livestock and wildlife alike. In addition to bringing Beefmaster cattle to improve genetics and productivity, with the vision of Linda, the ranch offers visitor accommodations for the thriving ecotourism of the area. 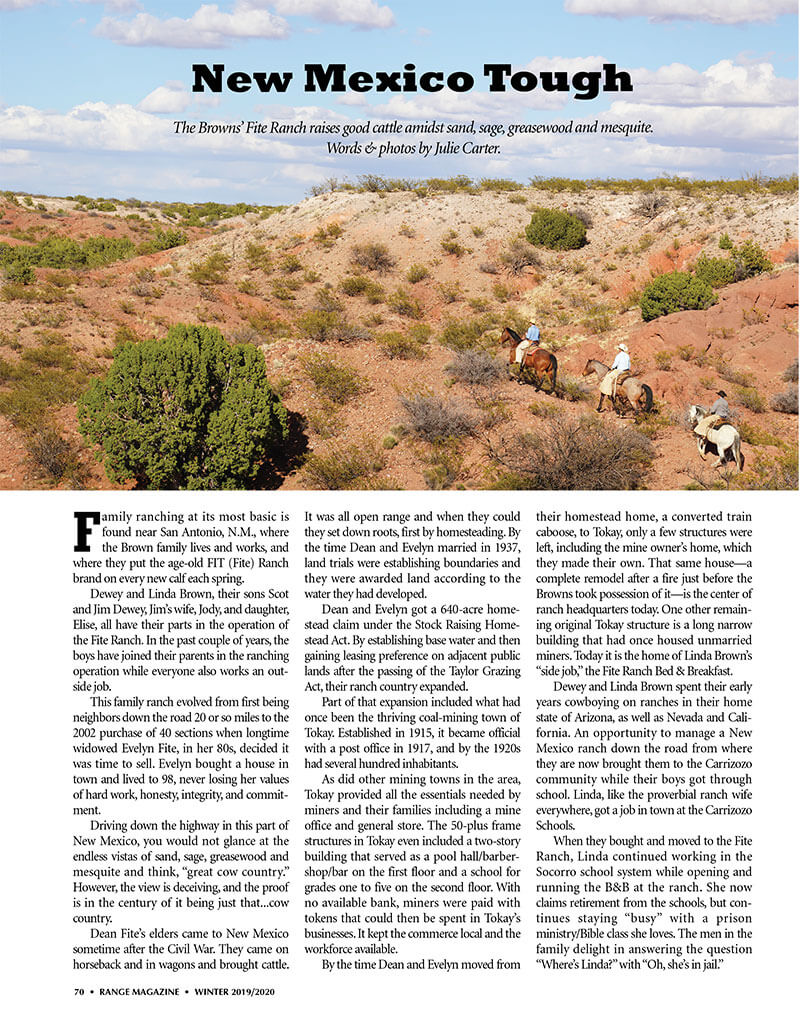 As stewards of this great land, the Brown Family is dedicated to continued natural resource management through proper rotational grazing, water conservation, and high quality genetics in order to raise high quality Beefmaster cattle that are able to sustainably produce in a harsh environment without added hormones or antibiotics. It is imperative to our family that our country is managed with the utmost care not only for our cattle, but also for the native wildlife that thrive on the ranch.